OVD Kinegram AG, based in Zug, specializes in the design, production and supply of the KINEGRAM optical security feature to protect government documents and banknotes. The KINEGRAM, invented by OVD Kinegram AG, is at the forefront of determining the worldwide standards for diffractive optically variable image devices, so-called DOVIDs. It is one of the most important security features for counterfeiting prevention and authenticity verification, trusted by over 120 countries and deployed to protect more than 500 government-issued identity documents.

In recent years OVD Kinegram has also innovated state-of-the-art digital solutions for the verification of both the physical and electronic security features in government documents such as electronic ID cards, passports and driver’s licenses. These digital products encompass SDK solutions for integration in document authentication software on both mobile, i.e. smartphone, and desktop, i.e. document reader, platforms. Current applications include solutions for ID verification both in-person and online, on-boarding and Know Your Customer for e-government and financial institutions, traveller facilitation, border control and law enforcement. OVD Kinegram AG is a Swiss subsidiary of the German KURZ Group.

OVD Kinegram aims to operate in a way that meets and exceeds its customers' expectations, both in regard to safety & security of the production process and the premises, as well as concerning a minimized environmental impact of its activities. Our corporate values are focused not only on supporting resource efficiency and environmental protection, but also on reducing the environmental footprint of our activities.

Leonhard KURZ Stiftung & Co. KG, or KURZ in short, was founded in 1892 in Fuerth, Germany, as a manufacturer of genuine gold leaf. KURZ developed the world’s first vacuum-metalized hot stamping foil and pioneered the industrial production of hot-stamping foil.

Central banks and banknote printers in over 80 countries have placed their trust in KINEGRAM features from KURZ to secure their banknotes against counterfeiting threats and enhance their optical attractiveness. KURZ is the leading supplier of foil security devices for banknotes around the world, and the trusted partner of many of the world’s most renowned banknote issuers. OVD Kinegram, member of the KURZ Group since 1999 and inventor of the KINEGRAM security element, is the driver behind technological advancements. Highly motivated experts from both companies tirelessly devote their efforts to constant innovation. Internationally certified high security production plants in Germany and Switzerland guarantee consistent quality in mass industrial quantities.

Moreover, KURZ is the global market leader in many other areas of hot stamping technology and foil-based optically variable security features. KURZ provides complete solutions that include foil delivery, project consultancy as well as machine and stamping die technology. With over 5500 employees and more than 120 years of company history, KURZ continues to be family owned. 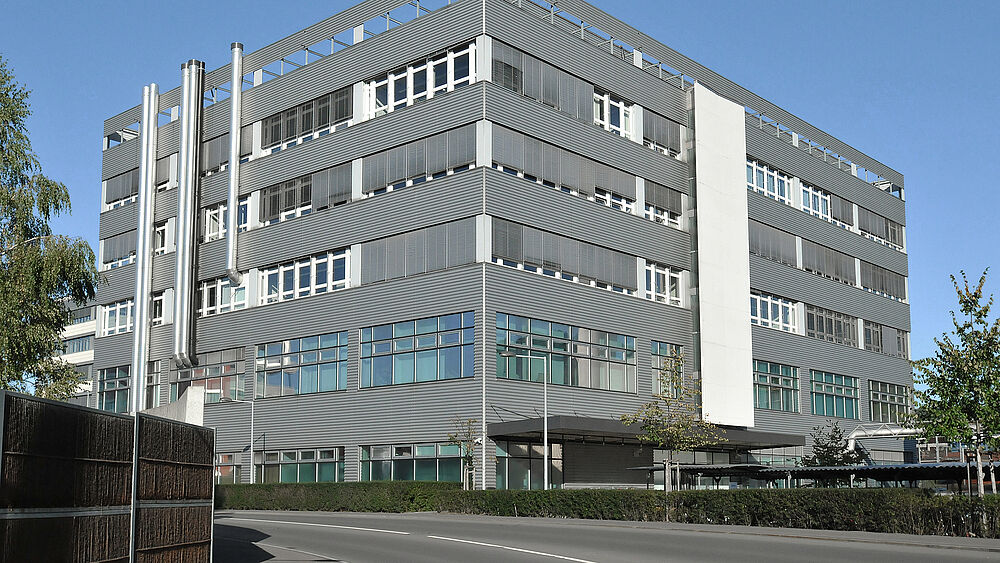 An unparalleled innovation in document security

The KINEGRAM fundamentally changed the look of banknotes and security documents from being rather dull pieces of paper or plastic to technological marvels. Distinctly different from a security hologram, the KINEGRAM is arguably the most important security feature both in the banknote and the document security world – and one of the most discouraging sights for any aspiring counterfeiter.  In other words, the KINEGRAM is the world's leading technology for protecting identities and banknotes.

The distinguishing characteristic of the KINEGRAM is precise, directed movement – kinein in Greek means to move – of light, color or reflectiveness across a given surface. It is based on uniting optical science and advanced foil technology. The KINEGRAM was the invention of the Swiss company Landis & Gyr in Zug, who turned scientific discovery into a security feature that is “easy to communicate, easy to verify but difficult to copy or imitate”.

The first great awakening of the banknote and document security industries came with the first color copiers in the 1980ies. Suddenly anyone could copy a banknote without any effort. Central banks were alarmed. Landis & Gyr reacted to their concerns by developing an optical feature in the form of a silvery patch that could be hot-stamped onto the paper substrate. The patch carried a design that showed movement when tilted. As the technology was totally new, Landis & Gyr had to develop not only the product itself, but the equipment to produce the first master and also that to manufacture the feature at an industrial scale. An optical feature of that kind also demands a physical support, a problem that was solved together with the German foil technology company Leonhard KURZ. Although banknotes were the initiator of this development, it was a passport onto which the first KINEGRAM – as it became known in 1985 – was applied. In that year, Saudi Arabia was the first country that guaranteed its passport security with a KINEGRAM PATCH and thus made history in the document security world.

The first application of the feature on a banknote came a few years later, when Austria’s national bank, the Oesterreichische Nationalbank (OeNB), decided to add a note of 5000 Schilling to its lineup of denominations. This new, high value note needed the best protection available and the OeNB suggested using the new optical feature from Landis & Gyr. As the design of the 5000 Schilling banknote prominently featured a portrait of Wolfgang Amadeus Mozart, it was only logical to have Mozart’s head on the octagonal, fully metallized patch.

In 1999, Landis + Gyr, which had in the meantime changed its name to OVD Kinegram AG, was acquired by the German foil technology company Leonhard KURZ in Fürth. This proved to be the best possible decision for both sides, as OVD Kinegram and KURZ had already cooperated for years in the development of carrier foils for the optical KINEGRAM elements. Now the development of the optical features is done in Switzerland, as is the production of KINEGRAM features for security documents such as passports, ID cards and driving licenses, while the production of KINEGRAM security features for banknotes is carried out in Germany.

Thirty years ago, most people who needed a visa to travel to another country received a rubber stamp into their passport. However, some countries wanted greater security. The nine member countries of the new Schengen group started to discuss the design of a common Schengen area visa sticker. As the purpose of the Schengen Convention was to enable travel without border controls in the Schengen area, the necessary high degree of security was provided by a KINEGRAM PATCH.

The first version of this was a fully metallized silvery patch showing colorful movement in the solid area and in the stars. The next version introduced a totally new idea: selective metallization. Instead of being a solid area of aluminum deposit, which creates the silvery shine, the metal deposit had been removed in certain areas, leaving a pattern of fine metal lines.

Protecting Identities with the KINEGRAM

Passport security, ID card protection or other forms of identity documents present a variety of challenges. A KINEGRAM PATCH signifies that the document is genuine, but the personal information and the photograph still remain vulnerable. To protect the whole area of a data page or an ID card, OVD Kinegram created a number of solutions with fully or semi-transparent, partially metallized KINEGRAM elements. They can be laminated onto cards or passport data pages or fully integrated during passport production, making KINEGRAM a viable solution for both centralized or decentralized document issuance.

The optically variable elements can include fine lines or detailed images, be rainbow-colored or matte, change to and from a variety of colors, or be seemingly three-dimensional. They can even be transparent replicas of the main portrait photograph. The possibilities for designers are virtually endless.

Embedding KINEGRAM elements into the body of polycarbonate cards or data pages presented another challenge. Such cards are made up from various layers and the thin foil of the KINEGRAM PCI – Plastic Card Inlay – is one of them. The card layers are fused together with the application of pressure and heat and subsequently the cards are personalized by a laser. OVD Kinegram had to develop the technology of making the inlay survive both heat and pressure and enable laser personalisation, all of which presented formidable challenges for OVD Kinegram’s engineers.

Today it is impossible to imagine the document market without polycarbonate substrates. The material has enormous potential and thanks to innovative ideas, it enables ever-higher security standards. The KINEGRAM technology was already married to polycarbonate in the 90s and today, as a polycarbonate pioneer, OVD Kinegram is leading the integration of security elements in plastic materials. In short, OVD Kinegram is the gold standard in document security.

Continued innovation to secure the future

Thanks to the integration of OVD Kinegram AG into the KURZ Group, the KINEGRAM was able to benefit from continuous developments in foil technology, leading to new, innovative security features and intelligent material combinations. A particular focus area today are digital solutions, fully automated document authentication, remote identity verification and related solutions.

The journey of the KINEGRAM and of the company that created it, from the first silvery patch on a Saudi Arabian passport to today’s technological pinnacles on the U.S. passport or the EU Schengen Visa, has been remarkable, and it is far from over. The KINEGRAM and the development team behind the technology are already working on future innovations, for the benefit of the security and the appearance of banknotes and ID and travel documents.